On this very day, in 1953, the scientific journal Nature published the study done by James Watson and Francis Crick, using previous data from Rosalind Franklin, in which they described precisely what the DNA molecule looked like. This scientific article came as a continuation of efforts done by researchers to understand what, within our cells, was responsible for the biological features of living beings. That knowledge allowed us to discover that our DNA code was composed of a combination of four different nucleotides, repeated multiple times in various orders, namely, adenine (A), cytosine (C), thymine (T); and guanine (G).

In a certain sense, the DNA Day marked the beginning of our quest to understand genetics and its implications. Fifty years later, in 2003, the human genome project yielded its first results by allowing us to know most of the human genetic code, i.e., the order in which those As, Cs, Ts, and Gs, appear in our chromosomes. From then on, we had a new concept, the genome, meaning the totality of the nucleotides, in a particular order, present in an individual’s DNA.

All that knowledge has allowed scientists to make correlations between the genome and the organism’s functioning; by understanding this correlation between genotype and phenotype, we can use genetics to understand human biology better and improve our health. One of the outcomes of this research is the possibility of doing genetic tests.

What are genetic tests?

Genetic tests may refer to the process involved in discovering which combination of nucleotides an individual presents in a specific part of their DNA. We can also find which characteristics might differ in that person due to their individual DNA information.

In most genetic tests, we are interested in knowing variations in very short stretches of the genome. The so-called SNPs, single nucleotide polymorphisms, are genetic variations in specific regions of an individual’s genome. We consider this variation an SNP if it appears in more than 1% of the population. Let us remember that the genome is the entire chain of DNA of a person, a sequence of the four nucleotides, A, C, G, and T. Thus if one of those nucleotides appears instead of another in a particular position, we may have an SNP. SNPs might yield considerable differences in physical, metabolical, or psychological characteristics. The statistical correlation between SNP and unique features is the basis of our genetic testing.

What are the genetic tests offered by Fagron Genomics? 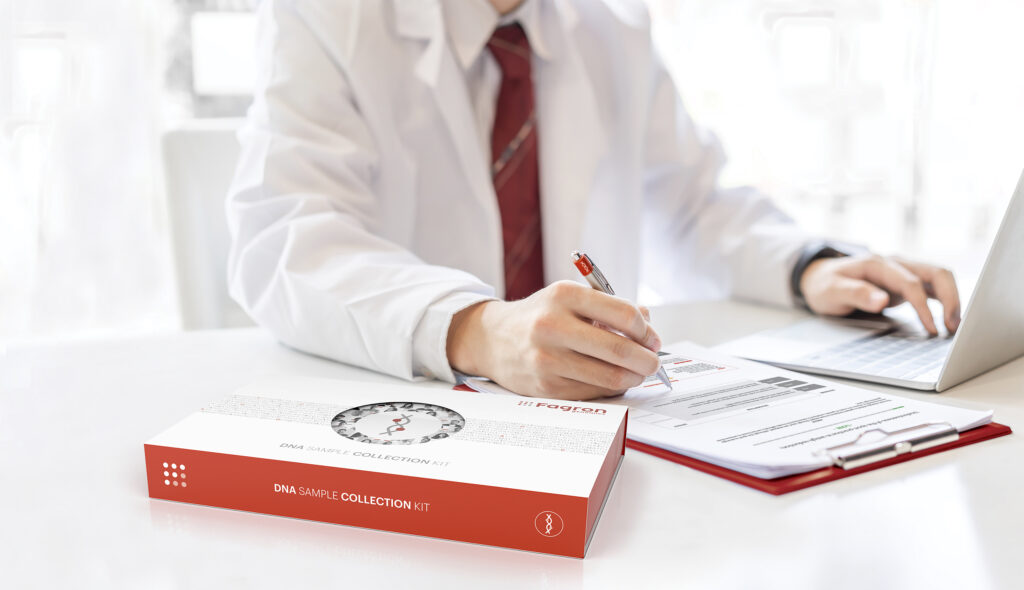 The term genomics refers to studying the multiple correlations between the entire genome and its function. Thus, we currently offer three tests: 1) Telotest, 2) Trichotest, and 3) NutriGen.

Telotest allows us to discover how long the extremities of the patient’s chromosome are. That information correlates to the cellular aging process.

As with all Fagron Genomic tests, Trichotest works with the concept of personalized treatment. However, when performing the Trichotest, we explore a novel and potent area of medical sciences, pharmacogenetics. With this test, we can evaluate the patient’s predisposition regarding pharmacokinetics and pharmacodynamics and thus accelerate and improve their response to the possible alopecia treatments.

NutriGen is a test devised to understand how several metabolic pathways of patients work. This enables us to generate a report with personalized recommendations of diet and lifestyle to improve this person’s life and relation with food.

You can know more about them at fagrongenomics.com and learn how we can let genes trigger our treatments.

Yuliv™ Collagen Boost: The best choice for your collagen supplementation