Transdermal is a route of administration in which the product is applied to the skin, through the dermal layer. Such products can be creams, gels, patches, ointments, lotions, gel-creams, plasters and any other pharmaceutical form that allows its API to permeate the layers of the skin, resulting in a therapeutic effect.

Some of the advantages of this route are:

Although the prominent advantages of this delivery route, the development of a transdermal dosage form with proven and consistent transdermal permeation is a complex task as it requires extensive laboratorial testing to confirm its efficacy, and this can be challenging to the compounding pharmacies worldwide.

There is a large number of factors that influence the efficacy of transdermals:

Overcoming the challenges with a simple solution: Pentravan® 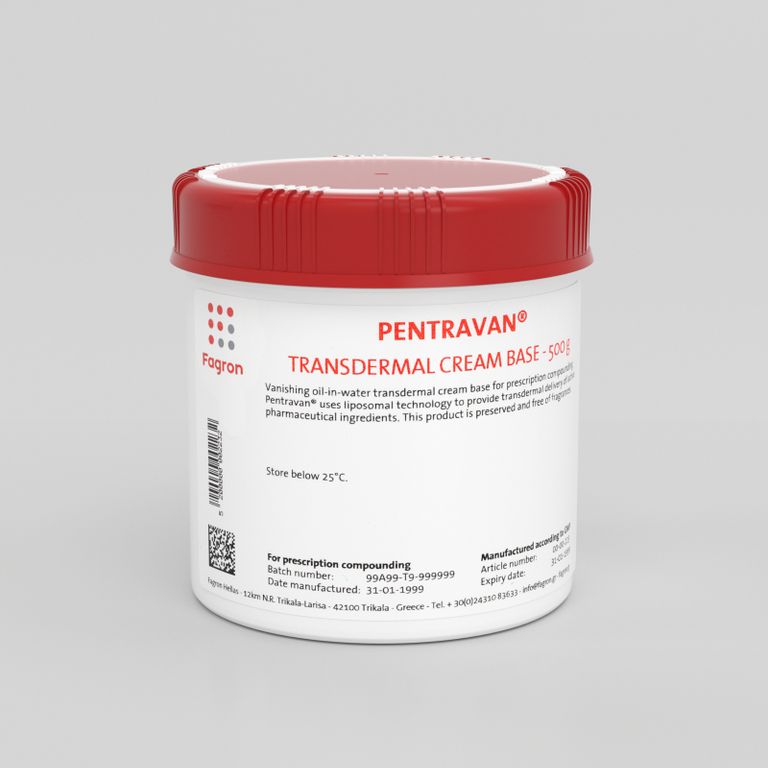 As the development of an effective transdermal vehicle requires a lot of laboratorial experimentation, which are both cost and time-consuming and could make it inviable for the compounding pharmacies, ready-to-use vehicles started to be developed with a focus on this sector. Two of such vehicles are Pentravan® and Pentravan®Plus, developed to ease the compounding process and to provide efficacy data for the pharmacists.

As the bioavailability of the API and the resulting therapeutic effect are the consequence of the permeation from the vehicle used, permeation studies are a good tool to get insight in what percentage of the API will reach the bloodstream and exert its effect – and yet, no transdermal vehicle has been more intensively studied then Pentravan®.

Pentravan® is the most extensively studied transdermal base for compounding pharmacies. Studies published so far include:

This makes Pentravan® the most scientifically and validated vehicle to compound transdermals.

Education is the focus for Pride Month at Fagron

OleoTHERAPY: A professional and personalized approach to the use of natural oils